A Day at the Pliocene Beach

On February 7th Suffolk Coast and Heaths AONB volunteers helped GeoSuffolk investigate the junction between the Coralline Crag and the Red Crag at Sutton Knoll. Eight willing helpers dug out a section of the Red Crag beach which sits against the Coralline Crag which forms the higher part of the Knoll. The sedimentology of this 'boulder bed' is complex and the area has been opened up for further investigation. Our Pliocene 'beachcombing' produced a variety of fossil molluscs, including Nucella incrassata, Glycimeris, Natica, Colus and Mytilus. 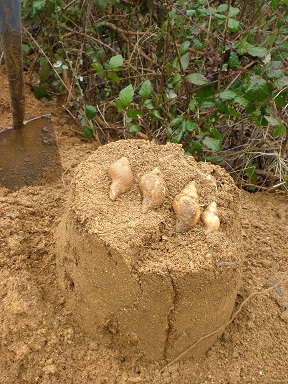